A BIT MORE ABOUT ME

Shuki Zikri (born July 1964) is an Israeli hairstylist and a businessman. He is known for his effortless hair designs, live performances of hair cutting in front of audiences, and couture fashion shows. He invented the first leave-in hair conditioner called the ``balancer`` which was discovered by chance. 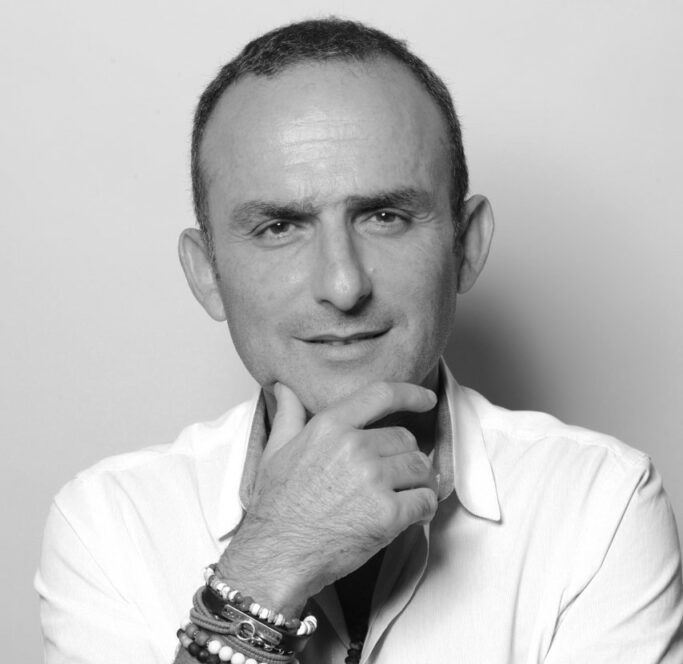 Shuki Zikri was born in Morocco. He moved to Paris when he was ten years old together with his parents and siblings. During his high school years, in between schools everyday, he would work in salons unbeknownst to his parents. He would take his older brother’s I.D, because he was too young to work. While working and hanging around the salon, he would watch in fascination the hairdressers. Sometimes, he would work for salons for free just so he can be around the hair designers. His passion for hair was deep that after graduating high school, he handed his parents his diploma and told them that he wants to go to a hair academy. His parents were shocked but quickly understood him as his mother said to him “You can do whatever you can do best.”
His first official job in a hair salon was an apprentice to Jean Louis David, where he learned the concept of franchising. While he experimented with his mother’s and sister’s hairstyles, he learned very quickly and advanced within two years.
He moved to Israel when he was eighteen years old. People laughed at him in the salon because he was always over dressed when he was working but immediately earned everyone’s respect because his skill sets are advanced and his styles were new and hip

1992 – Opened his second location at Ramat HaSharon, Israel.
1993 – He opened his hair academy, Shuki Zikri Hair Academy and had around 900 students per year. His certification was accepted worldwide.
1995-1996 – Opened his second location of hair academy in Jerusalem, Israel. He had around 400 students in the second location. Another location was opened in Petak Tikwa, Israel then fourteen other hair salons were also opened throughout Israel. He was also featured in TV shows, fashion shows, and even acted in movies.
1996 – He started his first franchise concept Shuki Zikri. He had about fourteen hair salons, four hair schools, and about 1,500 students per year in total.
2000 – He partnered with a charitable organization in Yafo, Israel called HaHatzer Hanashit which means empower women. The charity is still in existence to date to help empower young girls and women who came from broken homes from ages 13-26. He contributed an upscale hair salon to provide free services to all the women in need.
1985 – present – He owned and operated the following groups: Shuki Zikri, a hair salon franchise. Shuki Zikri Yafo (Hatzer Nashit) a charitable organization. Shuki Zikri Beauty and Care, a cosmetic line of products. Shuki Zikri my secrets.your beauty, a premium hair care products. Shuki Zikri Golden Touch, a line of hair coloring products. Shuki Zikri By Babyliss, an advance hairstyling tools. Shuki Zikri Duri, a chain of hair academies.
2007 – Appeared in Germany’s book of 100 most influential people.
Works

1980 – Joined Alekson du Paris in Tel Aviv, Israel as a hairdresser. He was so popular in the salon that the clienteles were waiting for hours for him. His big luck struck when the owner of the salon wanted to go back to Paris and asked him if he would like to buy the salon but he turned down the offer. A friend Nisso found out that he turned down the owner’s offer so his friend called his parents and convinced them to talk to him about the opportunity. His parents gave him money to take the salon and to try if he would like to operate it on his own.
1983 – Despite the depression of the economy, he managed to have a super success within his first year of opening up the salon. After six years of having his own salon, he opened another salon naming it his own, Shuki Zikri at Ben Yehuda, Israel.
1985 – He had launched a full line of hair products like shampoo, conditioners, cream, masks and hair gels. His line of hair coloring had traces of gold. He also had a second line of products for hairstylist,set of tools like blowdryers, flat iron, shaver, and scissors.
1985 – He discovered by chance the first leave-in hair conditioner and he called the product the “balancer”.
1989 – Opened his first named salon, Shuki Zikri at Ben Yehuda, Israel. The salon had 18 hairdressers and was about 2,000 sq ft with two floors with designs that were cutting edge during the its times. Shortly after months of his salon being open, new stores and businesses started popping up in his street because of his salon’s popularity. He then opened his second location three years after.